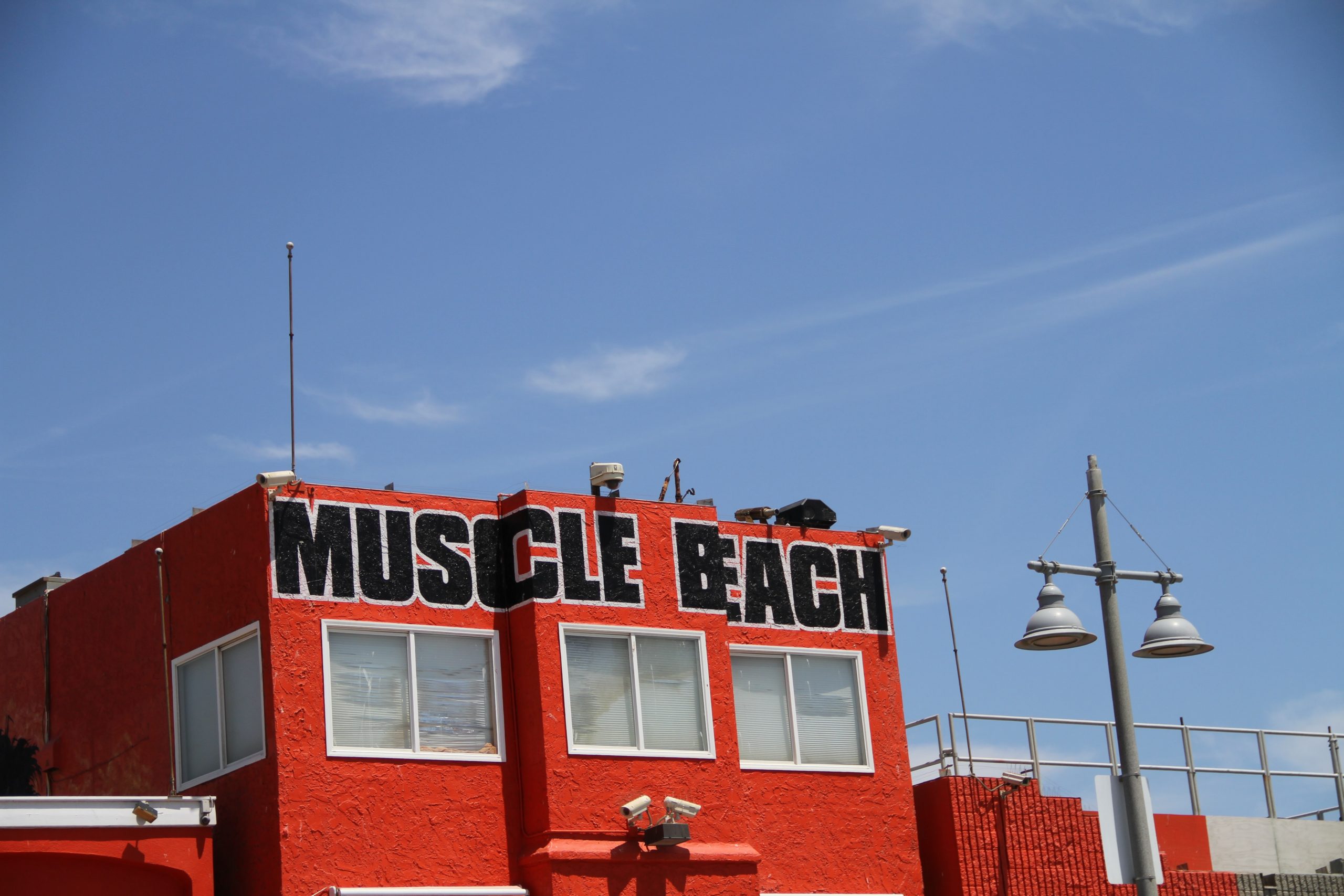 What is Muscle Beach?

This article is a tribute to the famous and inspiring outdoor gym on the golden coast of Los Angeles, California. Muscle Beach is the birthplace of the fitness boom in the United States. Today we know it as a fitness hot spot thanks to bodybuilding legends like Lou Ferrigno, Franco Columbu, Jack Lalanne, and the man himself – Arnold Schwarzenegger.

This working out at the beach movement started in Santa Monica in the 1930s. It began as a noble idea by Kate Giroux, a local playground instructor who wanted to give local, less fortunate kids the opportunity to play and work out. Also, to mitigate problems related to the Great Depression, such as high levels of unemployment, the United States government formed Works Progress Administration (WPA), whose task was to create local construction projects to combat the epidemic joblessness created by the depression. The Santa Monica beachfront was the perfect spot for this. And so, the “playground on sand” was born.

It included parallel bars, horizontal bars, rings, and a weightlifting pen. In addition, there were volleyball courts, tables for chess, and ping pong. But it was the athletic equipment that attracted people’s attention. It was an instant success. Gymnastics athletes, stunt performers from the Hollywood studios, acrobats from the nightclub circuits, wrestlers, and weightlifters were attracted to this sunlit cultural place. But there was another reason for the success of this outdoor gym. In 1933, Los Angeles, Long Beach area, was struck by an earthquake that forced the closure of many of these facilities and school gyms. Athletes, gymnasts, acrobats, and fitness enthusiasts were looking for a place to train, and this newly built gym on the beach was just about perfect for that. Very soon, this freshly assembled fitness playground hosted competitions for strength and wrestling athletes, as well as beauty contests and beach play. Also, stunts, like the creation of human pyramids, the tossing of beautiful women between strong, muscular men, and a mixture of strength and fitness that had never been on public display before. People gathered in masses to gaze at the muscular bodies of men and women. Tanned, half-naked individuals were not something people of southern California were used to seeing. It was something new and maybe even slightly inappropriate, and that’s how people started calling this place the “Muscle Beach.”

In the late 1930s, weightlifters started to bring their barbels and other equipment to the beach, which gave the famous bodybuilder – Vic Tanny an idea. He opened his gym just two blocks from Muscle Beach, but his great idea was to focus more on working men and their families and not only on high-performance athletes, which resulted in a 100-gym network that is now a part of Bally Fitness.

One of the most influential people who gained popularity thanks to Muscle Beach, who changed the cultural norms of how women viewed fitness and even how they dressed, was Abbye “Pudgy” Stockton, later known as the “Queen of the Quads.” She and her boyfriend – later husband – Les, began performing gymnastics and acrobatics routines on the beach. People were amazed by her strength and weight control. One of the tricks she performed was supporting her husband over her head in a hand-to-hand stand. Nobody was used to seeing a woman do things like that before. She quickly gained popularity among the beach community, which led to increased media attention. National magazine – Life wrote stories about her which inspired thousands around the country. A new star was born. Using this newly found fame, she started writing columns aimed at woman’s weight training and fitness. Also, she was one of the main organizers in staging weightlifting contests for women, including the first Amateur Athletic Union (AAU) sanctioned competition in 1947 in Los Angeles. But she didn’t stop there. Abbye wanted to change the appearance of performing athletes, so she took the well-known one-piece bathing suit and made it into a two-piece bathing suit. It was much more revealing than anything seen before. That changed the way people displayed their bodies in public. It was another revolution starting on Muscle Beach, but not everybody was so excited about these new cultural norms. Although most people were excited about changes in culture and business opportunities thanks to big crowds coming to Santa Monica, some were not, mainly rather conservative local beach community.

The 1950s was the golden age of Muscle Beach. One of the main reasons for this was the migration of the population from east to west following WW II. Among the people who looked for a better life in the west were fitness enthusiasts and gym owners on the east coast saw this as an opportunity. Bob Hoffman’s Atlas Barbell and Joe Weider’s Weider Barbell Company sent their people to the west coast to inspect the reasons for this fitness explosion. They started writing articles about Muscle Beach in their magazines, describing it as heaven for weight lifters and bodybuilders. It was not a difficult decision for people in the northeast, who were used to working out indoors while it was snowing outside, to move to a sunny and beautiful beach by the ocean. Among them was Bill West, known as the “godfather of powerlifting.”

At its popularity peak during weekly exhibitions, Muscle Beach attracted as many as 10,000 people. It was beneficial for local businesses, but the city of Santa Monica was not happy about these hordes of people in their once quiet, little town. The way bodybuilders and strength athletes dressed and behaved did not sit well with the local community. The tension was real, and something had to change.

The opportunity for that came in 1958 when four bodybuilders allegedly were together with underaged girls in their apartment. Even tho nobody filed charges, the city of Santa Monica acted immediately. In the very early hours of the morning, with no warning, the bulldozer removed all the equipment and signage. But despite that, gymnasts and fitness enthusiasts still showed up at the same spot for decades. Many weightlifters and strength athletes found themselves without a place to train and compete. But this incident did not stifle the flame of these striving athletes. Initially, they found their temporary home in Vic Tanny’s gym. It was a dump room in the basement with some weights, but it did provide an opportunity to keep training. Very quickly, they realized that something was missing, the beach. Muscle Beach was so much more than just a place where bodybuilders and weightlifters trained and competed, they wanted to get that back, so they did.

Because the fitness movement was still thriving, Venice beach soon became home to bodybuilding, so gyms and entrepreneurs moved to Venice for some of that action. Among them was Joe Gold. He was a local bodybuilder and today is known as “The Father of Bodybuilding.” He invented a range of bodybuilding equipment with help from his brother, who owned a scrap yard and was a welder. Although this equipment was not even close to being fancy, it paid the way for the gym equipment revolution. In 1965, he opened Gold’s Gym, and it quickly became the “Mecca of Bodybuilding.” His gym produced such legends of the sport as Dave Draper and the most famous bodybuilder of all time – Arnold Schwarzenegger. 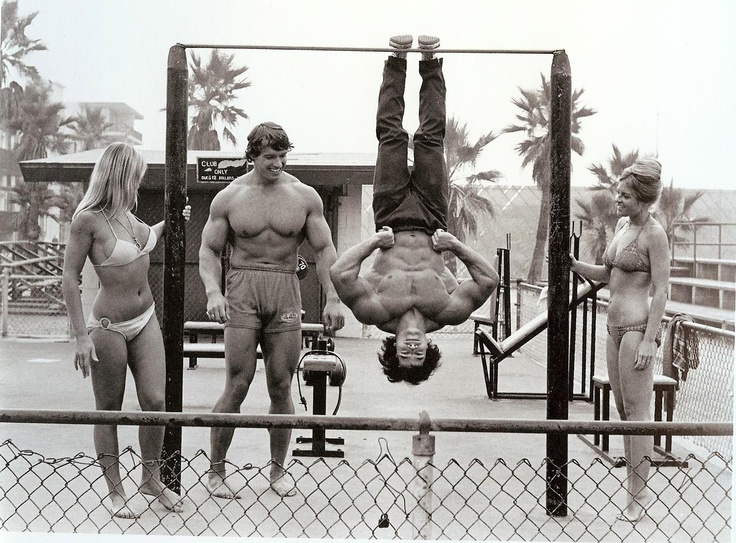 In 1977 Ken Sprague, Gold’s gym owner at the time, made the well-known movie – Pumping Iron starring Arnold Schwarzenegger, who was chasing his sixth consecutive world title. But that would be a tall order because he was up against physically the biggest bodybuilder at that time – Lou Ferrigno. As we all know, Arnold became one of the biggest box-office stars, Gold’s gym became arguably the most famous gym in the world, and Lou Ferrigno got a role in the TV series – Hulk. The impact this movie made was significant.

The Mecca of bodybuilding

It’s remarkable how Santa Monica Pier and Venice Boulevard in Venice created some of the most famous athletes in the world, new sports, and cultural revolutions. From new swimsuits for women to a new way of looking at what fitness is and can be for regular people.

Every major sport has a place that emits the history and accomplishments of its heroes. Boxing has Madison Square Garden football, Wembley Stadium in London, Nascar has Daytona International Speedway, and bodybuilding has The Muscle Beach. What started as a recreational park on the beach of Santa Monica grew into an international sport and a new cultural movement that shaped the world as we know it. Every gym in every country and every city can trace its roots back to Muscle Beach.

We hope you enjoyed the story about Muscle Beach. We have something that you will like – find out more here.

As a bonus, we want to share directors Joseph Strick’s short film – Muscle Beach. It’s a look at the past when a new subculture emerged on the sands of Santa Monica.

About the author : Reinis Ludboržs 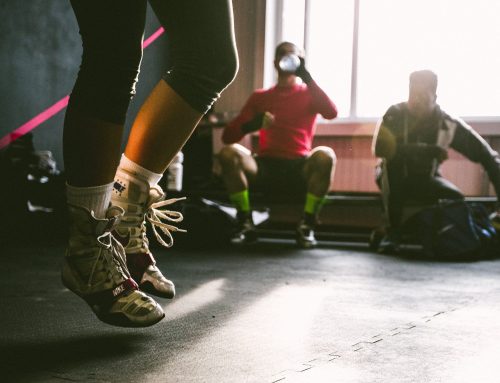 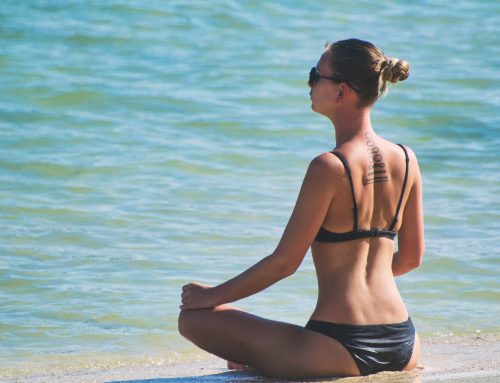 Getting that Beach Body! A Three-Step Process 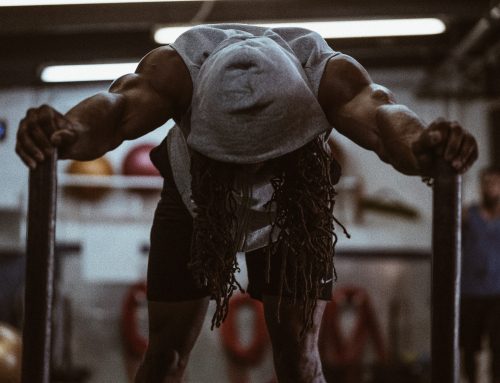